When you find a small bug in your home, especially anywhere near your bed, panic may set in as you wonder if you have a bed bug problem. While bed bug infestations are increasing at alarming rates, not every small insect you see is likely to be a bed bug. In fact, there are several insects that are commonly confused with bed bugs, and in today’s post, we will review a few of them. 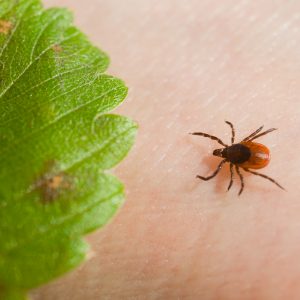 If you are concerned you have a bed bug infestation in your Denver-area home, contact Advanced K9 Bed Bug Seekers. We are happy to provide industry-leading canine residential bed bug detection services to determine if you have an active infestation. Call us today at 720-251-2665 and read on to learn more!

These insects are frequently mistaken for bed bugs because they are very small and often reddish-brown in color; however, there are a few key distinguishing features that set spider beetles apart. When viewed from above, these insects resemble a spider. Additionally, they do not feed on blood, but rather on old rodent droppings and other organic materials. They commonly infest bird and rodent nests, whereas bed bugs tend to nest in the folds of soft goods.

Measuring less than 1/16 of an inch long, booklice are very small and easily confused with bed bug nymphs. Although they may nest in similar locations, such as behind wallpaper and in furniture, they do not feed off of humans. Rather, they have a diet which consists primarily of molds and fungi. Bed bugs are usually reddish brown in color, but booklice may be translucent white, gray, or brown.

Before the recent surge in bed bug infestations, bat bugs were once a common insect found in Colorado homes. These insects can be incredibly difficult to distinguish from bed bugs as they look nearly identical to the naked, untrained eye. However, there are slight differences between the insects, such as their diet. Bat bugs feed on bat blood, not human blood. Additionally, bat bugs have longer hair on their thorax than bed bugs do.

Although they are bright white when they initially emerge from their egg casing, cockroach nymphs darken in color within a few hours. Because they are dark colored and only measure around three millimeters, cockroach nymphs are frequently mistaken for bed bugs. A closer look will reveal that the nymph’s body is longer and more cylindrical than a bed bug’s shorter, more round body, and cockroach nymphs do not feed on blood.

These insects are small with dark, oval-shaped bodies. Like bed bugs, they are frequently found in soft goods like bedding and furniture, however, that is about all they have in common with bed bugs. Carpet beetles have distinct wings, whereas bed bugs do not. Rather than blood, carpet beetles feed on organic matter, such as wool, leather, pet hair, feathers, and occasionally certain spices or grains.

Think You Have a Bed Bug Infestation?

The skilled team at Advanced K9 Bed Bug Seekers is here to help Denver residents determine whether they are dealing with a bed bug infestation or another pest concern. If you’d like the benefit of professional bed bug detection services, call us at 720-251-2665 to request an inspection. We look forward to speaking with you! 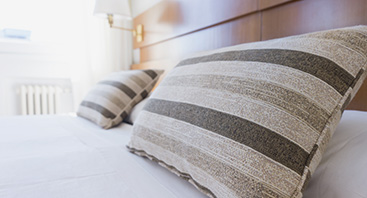 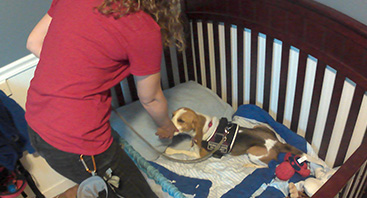 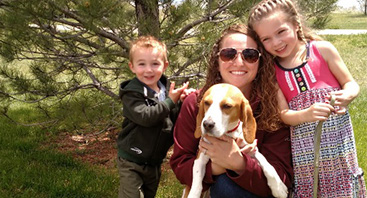